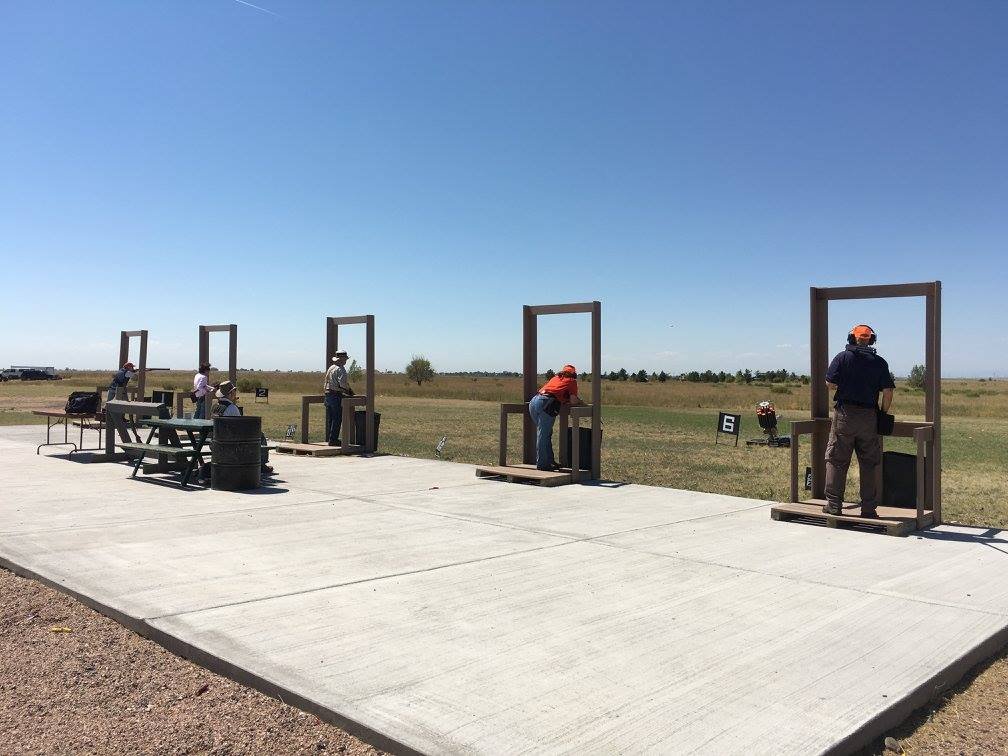 Five-stand is compact version of sporting clays. Shooters stand at five different stations and attempt targets thrown from six machines. Five-stand is a fast and fun way to test your skills on a variety of targets. A round of five-stand (25 shots) costs $12 for nonmembers and $9 for members.

What is Five Stand?

Five Stand is very similar to Sporting Clays in that a wide variety of targets are thrown. No two five-stands are exactly alike. There are five “stands” or stations to shoot from. There are usually somewhere between 6 and 8 traps that throw targets. Participants shoot in turn at each of the 5 stands and various combinations of targets are thrown from the traps. Usually there is a menu card that will advise the shooter of the sequence of targets. Five Stand is a great way to get a Sporting Clays like experience in a small amount of space, with very little walking.